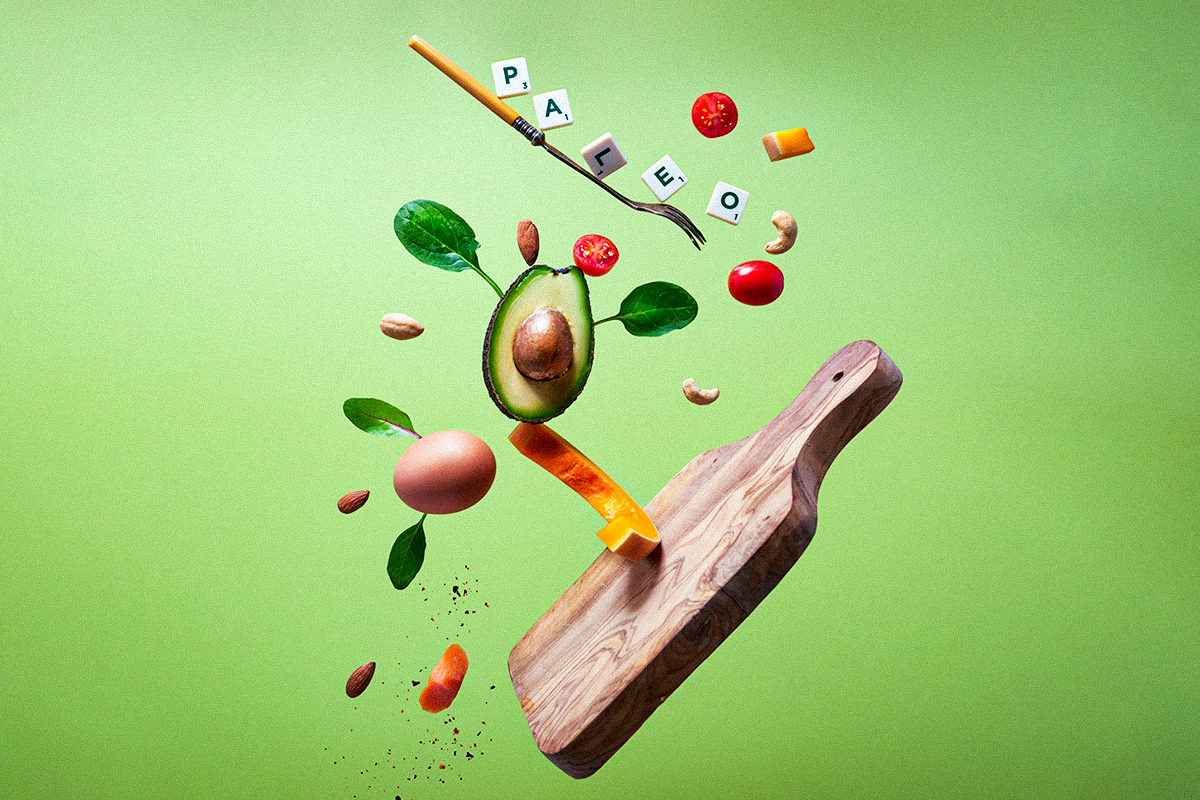 The popular paleo diet sees a return to the food of our Paleolithic ancestors – what are its benefits to weight loss, health and longevity?

The human diet is constantly changing, and our bodies may not be adapting quickly enough to keep up. This is the philosophy that underpins the paleo diet, the popular weight loss method that sees us returning to the supposed diet of our Paleolithic ancestors. Paleo promotes a balanced of lean meat, fish, fruit and vegetables. So what is the paleo diet, and what are its potential benefits to weight loss, health and longevity?

What is the paleo diet?

The paleo diet is unusual in that it takes a trip back in time to the imagined diets of our ancestors during the Paleolithic era, more than 10, 000 years ago. It is also rather crudely known as the Stone Age diet, hunter-gatherer diet and caveman diet.

With the shift from hunting and gathering to farming, and eventually to the mass-produced, highly processed foods of modernity, the human diet is forever changing. However, our bodies may not be keeping apace. Paleo is based on the evolutionary ‘discordance hypothesis’, that the bodies of modern-day humans remain largely unchanged from the Paleolithic era, and are therefore incompatible with our current diets.

After the Paleolithic era, the advent of farming in agrarian societies introduced dairy, grains and legumes to the human diet on a large scale for the first time. Paleo advocates argue that the human body has not had time to adapt to this dietary change, and this explains the high prevalence of obesity, diabetes and heart disease today [1]. To right this, the paleo diet mimics what our Paleolithic ancestors most likely would have eaten and promotes a balanced diet consisting of the following foods:

Foods to be avoided include those that would be inconceivable in hunter-gatherer days, think refined sugar and highly processed foods (HPF):

With the complete elimination of dairy, many paleo dieters are at higher risk of calcium deficiency. This is associated with age-related diseases like osteoporosis, especially in women. Upping your intake of fish like sardines, salmon and mackerel, as well as vegetables such as spinach, kale and collard can prevent this.

Eating for health and longevity

While paleo’s ‘discordance hypothesis’ has faced criticism from anthropologists, it nevertheless promotes a balanced diet of largely lean meat, fish, fruit and veg. Paleo is thought to have numerous health benefits, in that it promotes weight loss and can be used to improve metabolic imbalances. By eliminating carbs from cereal and grains, paleo is coincidentally low calorie, meaning that it can be used to promote weight loss. It is reported to have high satiety, regardless of low calorie intake, and therefore has high compliance. It also cuts out dairy, the health benefits of which have been contested. The general consensus from research is that the paleo diet is associated with improved body weight, waist circumference, blood pressure and lipid profiles [1]. These are all risk factors of chronic diseases like metabolic syndrome.

Unusually, paleo also eliminates grains and legumes, ‘health foods’ common to other eating patterns like the Mediterranean diet. A 2022 study found that eating an optimal diet high in legumes and whole grains was associated with an 8-year increase in life expectancy, even when started at age 60 [2].

The benefits of paleo rather lie in its encouragement of whole foods like fruit, vegetables and nuts, while discouraging refined sugars and processed foods. While everyone knows the benefits of a balanced diet, most people struggle to stick to it. Subscribing to a diet like paleo that has delineated rules may help people to comply with an overall healthy diet.

A typical day of the paleo diet may resemble something like the following:

As well as a diet, paleo is also a lifestyle. While it doesn’t suggest reverting completely to the behaviour of our hunter-gatherer days, paleo does emphasise doing as much physical activity as possible. Try incorporating a long walk into your everyday routine. Fasting was also a common practice, as people endured prolonged periods of food scarcity between hunts. Doing an overnight fast along with the paleo diet could have further benefits to weight loss, health and longevity.

What is the paleo diet and why is it so popular?