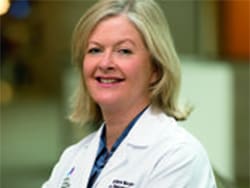 She was president-elect of the American Society of Nephrology (ASN) and in June was named as the recipient of the ASN’s first Lifetime Achievement Award.

The memo sent on Wednesday said: “Her discoveries have led to renal transplantation in HIV-positive patients becoming standard of care. She conducted groundbreaking research using high-throughput genomic technologies to understand the immune mechanisms that lead to graft injury and loss. Importantly, she aimed to identify gene expression profiles or genetic variants that would predict patients’ risk for disease.”

“Dr Murphy’s laboratory took a systems biology approach to identifying genetic drivers of fibrosis; this had important implications for kidney transplantation, but she hoped it would have an enormous impact on all organ transplantations in the future.”

Faculty noted the “tremendous sorrow” in making the announcement. Cause of death has not been stated. Medscape Medical News could not immediately confirm her age, but Healthgrades lists it as 56.

“A world-renowned and award-winning nephrologist and researcher, Dr Murphy was also a trailblazer,” the memo said. “In 2012, she became the first female chair of a Department of Medicine at an academic medical center in New York City and, at the time, was only the second female chair of any department at a top 20 medical school in the United States.”

“However, her extraordinary resume does not fully represent or encapsulate the deep and lasting impression she made on her colleagues, friends, and mentees throughout the Mount Sinai Health System and the greater medical community.”

Born in South Dublin, Ireland, Murphy attended medical school at the Royal College of Surgeons in Ireland (RCSI). She was one of three siblings who graduated from RCSI with a medical degree.

She was inspired to pursue a career in treating and researching kidney disease and transplant immunology by a young dialysis patient who, “quite literally, received a second chance at life after a successful kidney transplant,” the memo said.

That inspiration led her to move to the United States and complete a nephrology fellowship at Brigham and Women’s Hospital in Boston, Massachusetts.

In 1997, Murphy was recruited to the Icahn School of Medicine at Mount Sinai as director of transplant nephrology. Six years later, she was named division chief, “becoming one of the youngest division chiefs in the United States, as well as one of the few women at the time to hold the title,” the memo said.

She was later appointed dean for clinical integration and population health and then chair of medicine.

According to her Mount Sinai profile, in 2011, she was named nephrologist of the year by the American Kidney Fund and received the distinguished Jacobi Medallion in 2014.

She was named among the “2018 notable women in healthcare” by Crain’s New York and received an honorary doctorate from the RCSI.

The memo concluded: “Dr Murphy never stopped planning to make the department better, stronger, and more inclusive. She was thrilled by the successes and achievements of the department and was profoundly grateful for the sacrifices of her colleagues. She was admired by faculty, colleagues, staff, and trainees for her enormous integrity, energy, and generosity.”

“Dr Murphy was a mentor to many and a role model to all. Our thoughts are with her husband, Peter Fogarty; their son, Gavin; her parents, John and Anne Murphy; her brother, Dr Kieran Murphy; her sister, Dr Celine Murphy; and her extended family and friends. She will be sincerely missed.”

The memo was signed by Mount Sinai Health System President and CEO Kenneth L. Davis, MD; President for Academic Affairs Dennis S. Charney, MD; and David C. Thomas, MD, interim chair, department of medicine.
Marcia Frellick is a freelance journalist based in Chicago. She has previously written for the Chicago Tribune, Science News, and Nurse.com, and was an editor at the Chicago Sun-Times, the Cincinnati Enquirer, and the St. Cloud (Minnesota) Times. Follow her on Twitter at @mfrellick

Tue Jul 6 , 2021
ARLINGTON, Va., June 28, 2021 /PRNewswire/ — The American Diabetes Association® (ADA), along with the nation’s leading diabetes organizations, unveiled Let’s Talk Insulin today, a campaign commemorating the 100th anniversary of the discovery of insulin. Throughout the year, the ADA and other organizations in the diabetes community will showcase a century […]