The New Democratic Party is hoping to see dental care made a priority in the country’s health care system.

NDP MP for St. John’s East, Jack Harris made a private members motion in the House of Commons this week to make dental care more affordable for nearly 7 million Canadians.

Bill M-62 would see a federal public dental care plan for Canadian’s whose household income is less than $90,000 a year.

Harris says those with the highest levels of oral health problems are also those who face the greatest difficulty accessing dental health care due to cost.

Harris says a lack of dental care affects all other aspects of health including mental health and a sense of self-worth. He says if issues are left untreated they result in a number of poor health outcomes such as cardiovascular disease, dementia, respiratory infections and diabetic complications.

Harris says the COVID-19 pandemic has only further exposed the need for such a program, as more Canadians now find themselves without a job and dental benefits.

He says this plan is doable and something that can be implemented by government immediately. The federal insurance plan that the provinces would administer has been costed by the Parliamentary Budget Officer, which would directly help those who have been hit hardest by the pandemic.

The new program would be a stepping stone to providing dental care to all Canadians through the country’s universal healthcare program, says Harris.

Mon May 10 , 2021
Spring fever is described by Wikipedia as “any of a number of mood, physical, or behavioral changes, which may be experienced coinciding with the arrival of spring” with restlessness and laziness among the options. Anyone who has been in a classroom around this time knows the feeling and those of […] 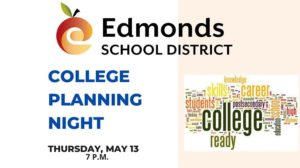