And Deschene, DDS, known as Dr. Jim, selected Dr. Keith, DMD, to run his private practice for his calm, friendly manner that will put at ease the patients he’s served the past 22 years. 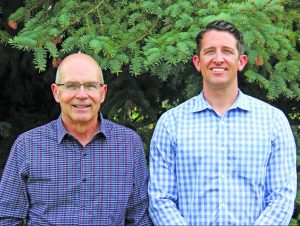 “I really want to make this transition as easy as possible for them,” said Wolfenden, the new owner of Berthoud Dental Care, 430 Bimson Ave.

Wolfenden kept the same business name for that same reason, he said.

“It’s a message to the patients that there’s going to be a continuity of care. We ultimately don’t want to make a lot of changes from their perspective,” Wolfenden said.

Deschene, a dentist for 39 years, retired May 27 to pursue other interests, but hasn’t decided what—possibilities include public health dentistry, mission work or a clinical teaching position at University of Colorado School of Dental Medicine. He also wants to pursue his personal interests of fishing, biking and hiking, he said.

“It was time for a breather and to have a little bit more personal time, but also I want to keep my hands in dentistry,” said Deschene, who lives in unincorporated Larimer County.

Deschene plans to remain in the office through the end of June to finish his active cases and introduce his patients to Wolfenden.

“I could tell by speaking with him, he truly has a passion for dentistry,” Deschene said. “Clinically, he’s a very good dentist. He’s a very calm person. He’s a gentle person, and he treats people a lot like I do, just with a lot of friendliness and an easygoing manner.”

Wolfenden officially became the owner of the practice when Deschene retired. He plans to keep most things the same, including the layout of the office and the staff of seven— two hygienists, two assistants and three at the front desk. Like Deschene, Wolfenden provides both adult and pediatric dental care.

“Dr. Deschene set such a wonderful precedent, patients really have glowing things to say about him, and I just want to continue that tradition,” Wolfenden said.

“He offered the same services but to a lesser extent; he just basically handled simpler cases,” Wolfenden said, explaining that Deschene stopped taking on the more complicated cases later in his career. “I’ll be picking up where he left off when he was a bit younger.”

Before purchasing Deschene’s practice, Wolfenden considered starting his own practice from scratch. He wanted to be able to make decisions, choose labs and materials, treat cases as he sees fit and practice dentistry in a way he believes best serves patients.

When Wolfenden met Deschene, he found they have the same commitment to quality and the same dental philosophy. Wolfenden understands the importance the mouth plays in overall health, communication, comfort and other factors, while also realizing the dental office can be an uncomfortable and stressful place, he said in a transition letter he and Deschene wrote to their patients and the Berthoud community.

“This is why it is my goal not only to provide high-quality dentistry, but equally to create an environment where patients can feel as comfortable and confident in their care as possible,” Wolfenden said in the letter.

Wolfenden, a third-generation dentist, earned his DMD, doctor of medical dentistry, in 2010 from the Boston University School of Dental Medicine. He worked as an associate dentist at his father Robert’s practice, Wolfenden Family Dentistry, in Tampa, Fla., for eight years. He also worked at dental practices in Longmont and Windsor for three years before coming to Berthoud, where he moved last year with his wife, Justine, and their daughter, Kennedy.

“I’ve grown up around it. My father and grandfather were dentists,” Wolfenden said, adding that he loves working with people and not in front of a computer. “I love being able to work with my hands and to be able to converse with somebody and the ability to improve their quality of life as well.”

Deschene earned his DDS, doctor of dental surgery, in 1982 from the University of Nebraska Medical Center. He worked for a private practice in Lincoln, then a corporate practice in Denver before purchasing a private practice, also in Denver, in 1986, which he sold in 1999. That year, he purchased Berthoud Dental Care from Nic Newby, who had founded the practice in 1975 and still lives in Berthoud.

“It’s the oldest, best established practice in Berthoud,” Deschene said. “It’s been a pleasure and privilege serving everybody. When you’ve been in practice as long as I have, your patients become your extended family. Earning their trust and respect has meant a lot to me.”

Deschene will miss the relationships he’s built with patients and the staff, he said.

“Every patient I greet, I ask, ‘How have you been?’ They show me pictures. They tell me stories,” Deschene said. “I’m interested in their entire life, not just their mouth.”

Wolfenden and Deschene will host an open house 3-6 p.m. June 17 at Berthoud Dental Care to celebrate their transition. 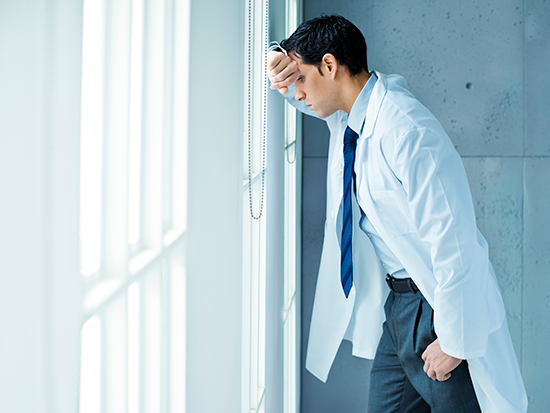